Here at District, we are passionate about quality food and partnering with local farms and businesses. We strive to bring the freshest ingredients whether they come from the bar or the kitchen. We also partner with fisherman to bring the freshest, in season, and sustainable seafood. We do a little bit of everything here. After all, who doesn’t like choices? Our mission is to source the freshest ingredients and create something delicious while pairing it with a perfectly made classic cocktail, a delicious craft beer, or a glass of wine that synthesizes everything perfectly. So come in, relax, grab a drink and some food, and hang out with friends while enjoying what we like to call New American Cuisine. Great food and drinks go best with great company!

ABOUT THE OWNER / CHEF 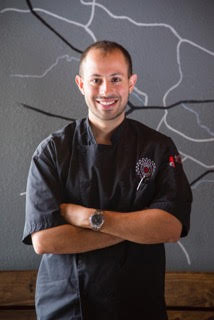 Amir Hajimaleki, Executive Chef and Owner of District Kitchen & Cocktails and Oasthouse Kitchen + Bar, comes from a strong line of cooks. His Middle Eastern heritage and diverse experience have helped him as both a chef and a restaurateur. Chef Amir’s passion for cooking started early on, beginning when he started cooking in the kitchen with his mother and grandmother at the age of five in Iran. While growing up in Austin, Texas, his passion for cooking grew stronger. When he graduated high school at the age of seventeen, he knew that he wanted to pursue a career in the restaurant industry as a chef.

Chef Amir attended Le Cordon Bleu in Austin, Texas, while working at Freda’s Seafood Grille. Because of his hard work and dedication to his craft, Chef Amir quickly earned a promotion to Sous Chef. Hungry for new challenges, he later moved to Kona Grill in San Antonio, Texas. There, he expanded his culinary knowledge by adding sushi and other Asian cuisine to his skill set. At Kona Grill, Chef Amir worked under Chef Rene Melendez, a phenomenal operator and Chef Amir’s long-time mentor. With Chef Rene’s guidance, Chef Amir further fine tuned his culinary skills. He also quickly realized the importance of developing comprehension for the business and financial side of the restaurant industry. Chef Amir understood that to become a successful chef and restaurateur, he needed to become proficient in all facets of the restaurant from front to back. Additionally, he learned the importance of leadership and the fundamentals of day to day execution.
Chef Amir was quickly promoted to Executive Chef for Kona Grill at the age of twenty-one. He was relocated to Baton Rouge, Louisiana, where he was learned about the culinary culture of Louisiana. Chef Amir was then promoted to run the flagship restaurant for Kona Grill in Dallas, Texas, where he was involved with research and development, menu testing, training, chef development and kitchen consultation for the company.

After rave reviews and being voted Top 100 Neighborhood Gem Restaurants in America by Open Table Inc., Chef Amir and brother Ali set their sights on their next journey. The duo opened Oasthouse Gastropub, their second concept, November of 2015 in Northwest Austin’s Four Points neighborhood. At Oasthouse, Chef Amir and Ali focus on European elevated pub cuisine with a Texas spin combined with a large variety of craft beers and cocktails while maintaining the philosophy of supporting local farms and businesses. Oasthouse enriches an area which isn’t currently home to many restaurants of this style.
In May 2019, a second District opened in North Austin’s North Shoal Creek area, providing Chef Amir another outlet to carry out his passion of creating food and cocktails for the Austin community.

The Brothers behind Oasthouse Kitchen +Bar (and District Kitchen + Cocktails) focus on sourcing locally to bring you an exceptional dining experience in a warm and inviting atmosphere. 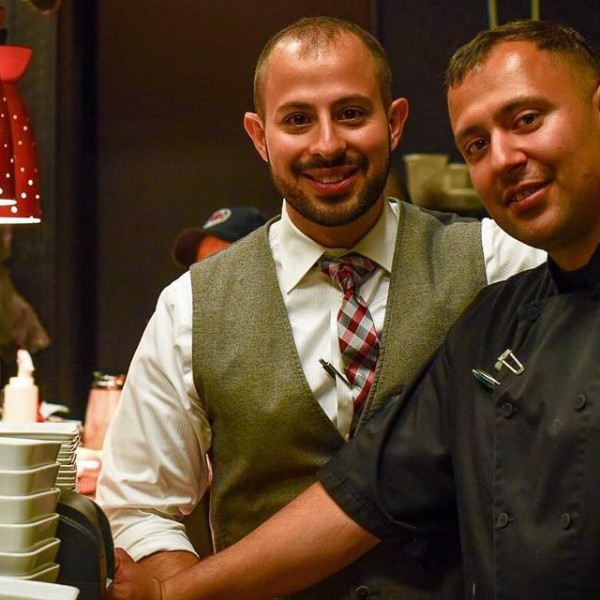